HomePublicationsConsultingNew Money Laundering Regulations – What to do?

New Money Laundering Regulations – What to do?

As of today, these two new laws have been the most aggressive legislature that the National Assembly has passed in relation to money laundering, financing of terrorism and the financing for the proliferation of weapons of mass destruction in Nicaragua.

It is imperative that businesses put into place effective counter-measures to be able to mitigate the risks associated with becoming part of a laundering or terrorism financing scheme, even unknowingly.

Money Laundering, Financing of Terrorism and Proliferation of Weapons of Mass Destruction – What is the Difference? 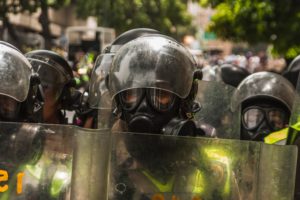 First off, what exactly is money laundering, financing of terrorism and proliferation of weapons of mass destruction? Well even though they are mentioned a lot within the same breadth, the concepts differ.

Depending on the organization money laundering has different definitions. The definition that we will use in this article is the Financial Action Task Force’s definition, which is… “Money laundering is the processing of [… ] criminal proceeds to disguise their illegal origin. […] enabl[ing] the criminal to enjoy these profits without jeopardizing their source”.

How does money laundering work? There are various steps involved, but essentially it’s broken down to:

Terrorist financing also has varying definitions due to various political, religious and national implications. Although, in this instance the Financial Action Task Force has backed the definition that the 1999 United Nations International Convention for Suppression of the Financing of Terrorism coined, which is the following: 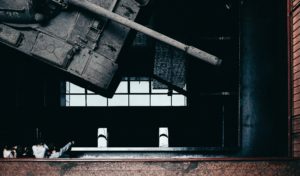 Now there is an important differentiator between money laundering and financing of terrorism, and that is the former always involves the usage of illicit funds while the latter doesn’t necessarily. This means that terrorist financing can be done with both legitimate and illegitimate money, which of course means it is a serious potential risk for a number of organizations and businesses, especially nonprofits.

How is everything linked together?

The techniques that are used to launder money and finance terrorism and promote the proliferation of weapons of mass destruction are similar.

In fact, we are essentially dealing with the same premise, which is an intent to difficult the tracing of the origin of the funds to as great an extent as possible so that the illegitimate funds “appear” to come from legitimate sources.

This in turn creates a precarious direct link with money laundering. Due to such similarities, such illicit activities are usually discussed in the same breadth.

What is the Danger?

The danger involves in either businesses or organizations unknowingly being misused or for these to become part of the laundering process.

Now this is a very possible situation, because even as definition of money laundering mentions it is in effect an attempt to disguise illicit money. So if your business or organization is going to start a relationship with a new supplier or client, what is a very real and important relationship for you as a legal business is simply a façade to hide the true intent and origin of your client’s or supplier’s business.

Simply put, you’re being lied to.

What can you do about preventing money laundering?

Prevention is key with money laundering. What involves prevention?

One of the most important steps to take is to make sure of having transparent and auditable accounting records. If your business or organization becomes under the suspicion of being part of a laundering scheme, then it is up to you to prove otherwise and the only way to prove anything is by having sufficient records and evidence that can rule out any doubt.

It is also important to know who your clients are. In fact this is known as client due diligence. It’s your responsibility to properly identify and know who really your client is, what business they are in and where their money comes from.

Even though this may seem as an over exaggeration, if the persons that you do business with object to sharing that information then that is your FIRST warning sign.

Finally, make sure that within your business or organization there are sufficient structures in which that each person knows what they are responsible for, how to correctly fulfill their job and most importantly can see warning signs of a laundry scheme so as to report them as soon as possible.

New regulations about money laundering, financing of terrorist groups and the proliferation of weapons of mass destruction have resulted in more questions than answers. The laws 976 and 977 still haven’t been regulated. This means that even though the laws have been passed, certain procedures related to how the law should be applied haven’t been finalized as of yet.

Either way, it is important that both for profit businesses and nonprofit organizations to be conscientious of these changes and prepare for them.

SAENICSA | Accounting & Tax Services is a CPA firm that provides accounting, tax and payroll services to its clients. We have assisted many of our clients for the past 20+ years in many of their business and personal needs. If you have any questions or if there is something specific that we can assist you with, feel free to contact us.